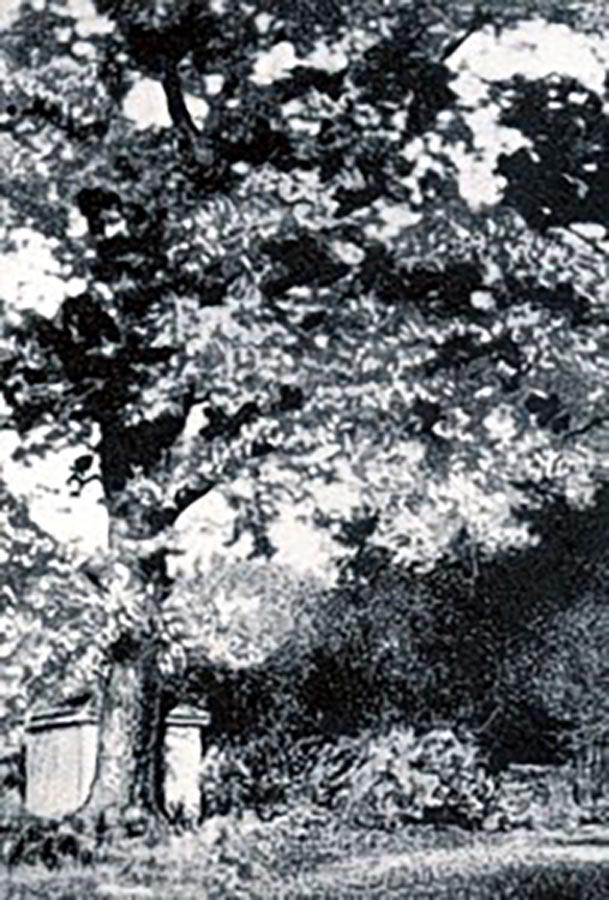 In the late 18th century, the Cherokees operated a tollgate near this large oak. Travelers between the Watauga Settlements in Upper East Tennessee and the Cumberland Settlements in Middle Tennessee paid tribute to pass along this path.

Under the agreement of the Holston Treaty, James Glasgow, John Hackett and Littlepage Sims arranged with Chief Tullentuskee of the Cherokee for the boundaries of the Indian reservation and the town of Rockwood. According to legend, these three men planted the oak at the door of the Chief’s wigwam as a symbol of the treaty.

History failed to identify the species of oak, but its heritage has not been forgotten. Indeed, the town of Rockwood and the settlement of Middle Tennessee owes much to this tree.