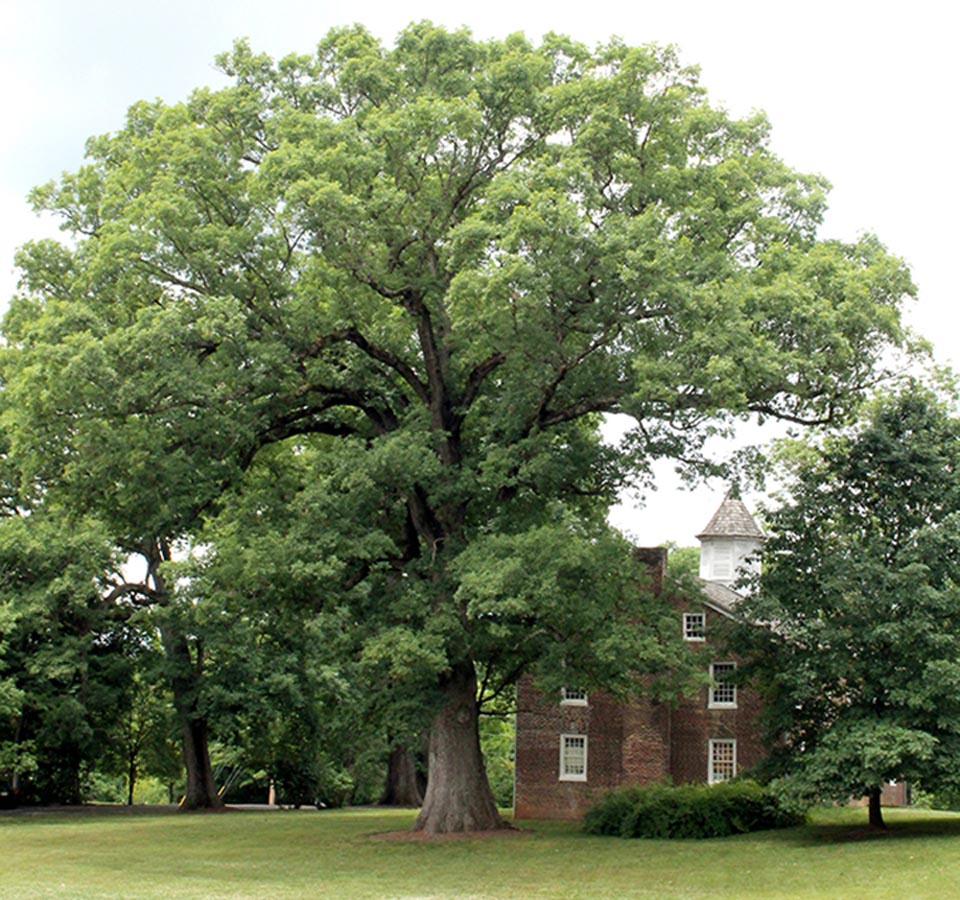 The Old Oak once shared honors as co-champion white oak in the state of Tennessee. Standing over 100 feet tall, with a circumference of twenty-three feet and a spread of 110 feet, the tree is between two hundred fifty and three hundred years old.

The Old Oak has been a defining feature of the Tusculum College campus since 1794. Founder Samuel W. Doak sited what’s now the school’s oldest building in the shade of the tree in 1841. Now known as the Old College Building, it houses the President Andrew Johnson Museum and Library. (Johnson’s effigy was hanged from the oak as tempers flared during the Civil War.)

The Old Oak is behind the left end of the building, circa 1875.