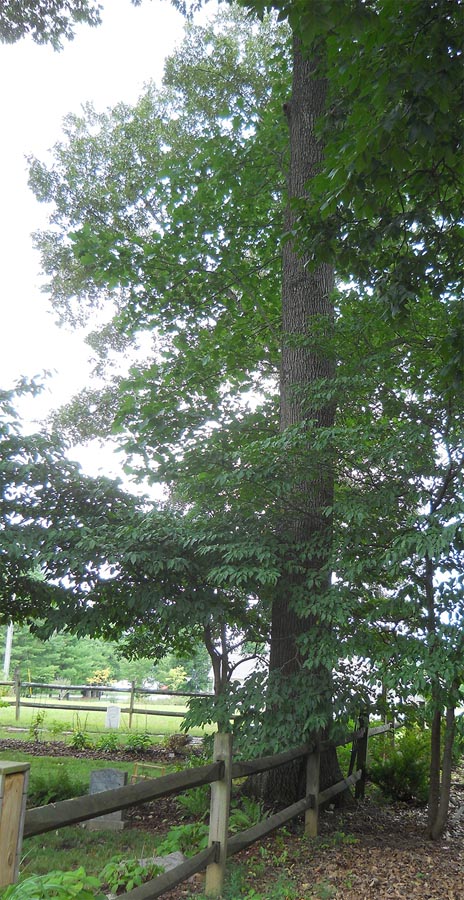 Just four years after the Civil War a small group of emancipated slaves met at a local schoolhouse on Holly’s Creek. They asked the Reverend William S. Doak, the Presbyterian missionary and president of Tusculum College, about forming a congregation in affiliation with the Presbyterian Church USA.

In 1875 the church was formed as the New Hope Presbyterian Church, and it became the nucleus for the small African-American community of New Hope, most of whom were former slaves. The large black oak is dated to the town’s formation.

New Hope remained viable until the Great Depression. The cemetery is all that remains of a community that witnessed slavery, the Civil War, emancipation, reconstruction, and segregation.

In 2010 a group of citizens met to restore the cemetery and formed the New Hope Cemetery Association. The Big Spring Master Gardener Association later helped restore the property.