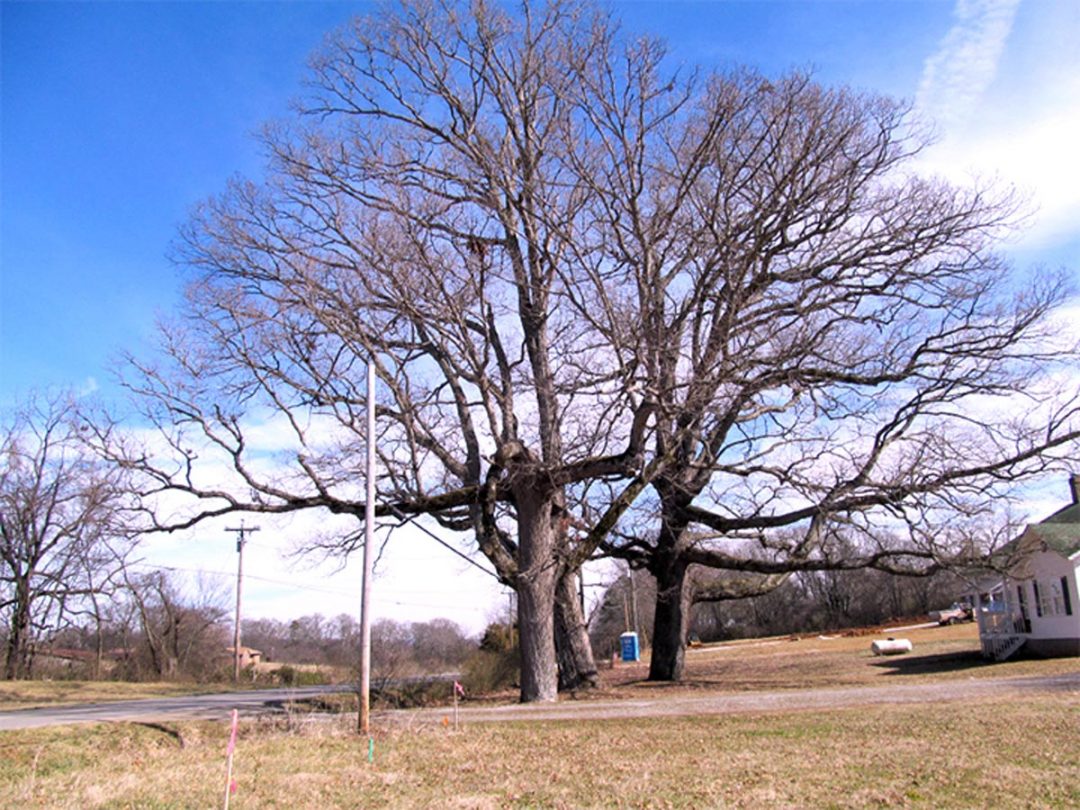 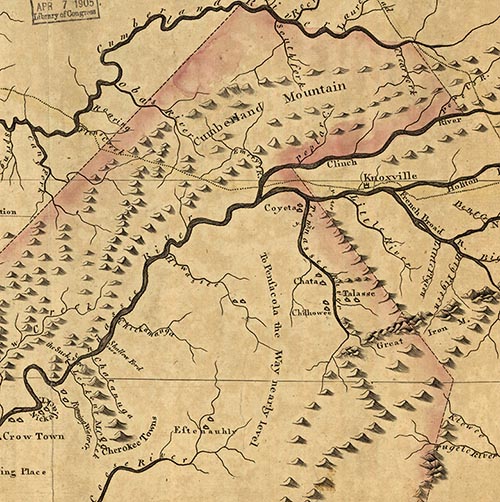 The survey crew was formed with 20 Cherokee axemen, three Cherokee chiefs, and 60 men in a military escort. The survey line ran 60 miles through the wilderness and was to form a boundary between the Cherokee Nation and the white settlers and reduce bloodshed over treaty disputes. The line became known as the Hawkins/Pickens Line of 1797 but only caused more confusion and disagreements on both sides. In 1802 the US Government commissioned Colonel Return Jonathan Meigs and Thomas Freeman to re-survey the line partially again from Meigs Mountain in Blount County to Meigs Post on Mt. Collins and then into North Carolina. The survey line then became known as the Meigs Line.

The three oaks on Big Springs Road in Blount County were planted in the 1797 survey line and are directly on the old original survey bearing that took Hawkins/Pickens some 11 weeks to finish. The trees are white and post oaks, and the largest is over 38 inches in diameter. There are three other oaks also on the survey line on Oak Grove Road in Lenoir City, although the middle tree died and fell a few years ago at that location.

The trees are featured in the 2009 book Meigs Line by Dwight McCarter and Joe Kelley.