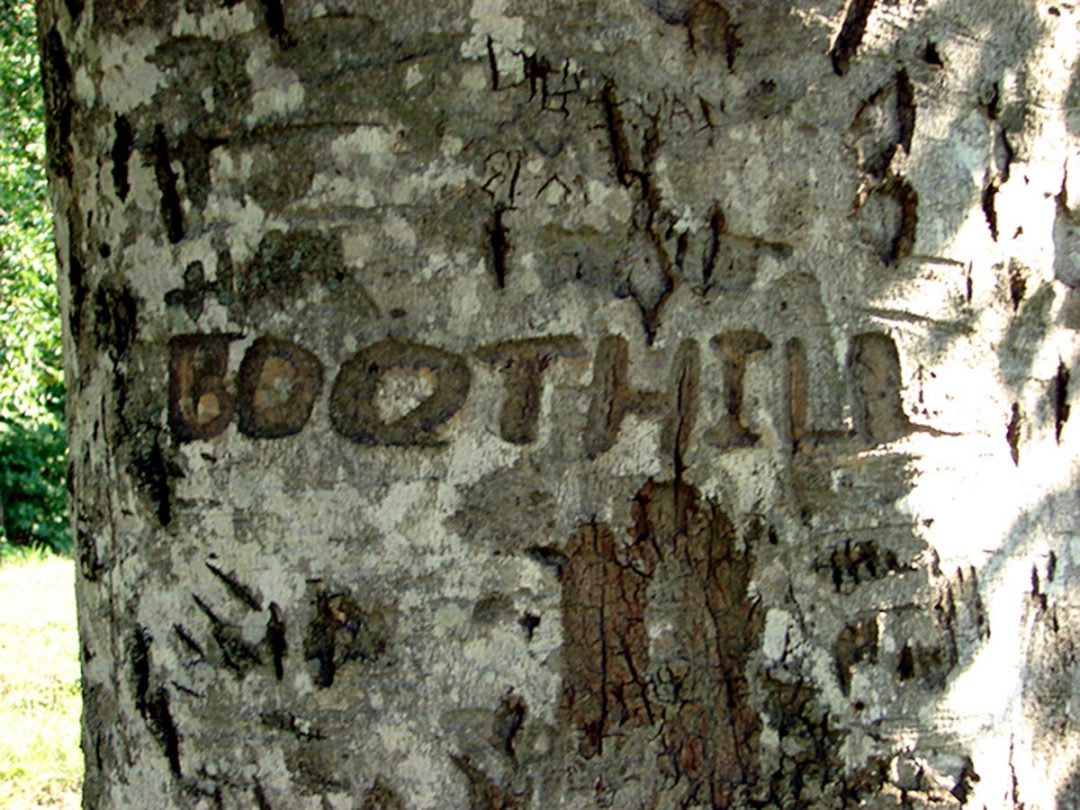 During the Civil War, the 58th North Carolina Confederate Regiment was assigned to guard Big Creek Gap of the Cumberland Mountains, now the towns of LaFollette and Jacksboro. The regiment suffered greatly from diseases in the bitter winter of 1862–1863. Fifty-two soldiers were buried in an old DeLap family cemetery overlooking the Powell Valley. Within that cemetery, the old American beech was carved with a slash for each of the soldiers interred there and the word “Boothill.”

The graves were marked with jagged fieldstones or sunken plots, and the cemetery was almost lost to neglect. In 2002 the Campbell County Historical Society rediscovered the cemetery and began a five-year restoration project. The cemetery was thoroughly cleaned of brush and new markers were placed on the graves after the identities of the soldiers were researched through regimental records. The beech was discovered still standing as a silent sentinel to the final resting place of these young men.

The cemetery is designated as a memorial Civil War cemetery and stands on a hill overlooking the town of Jacksboro on DeLap Lane. The grove includes cedars, baldcypress, and ginkgoes.