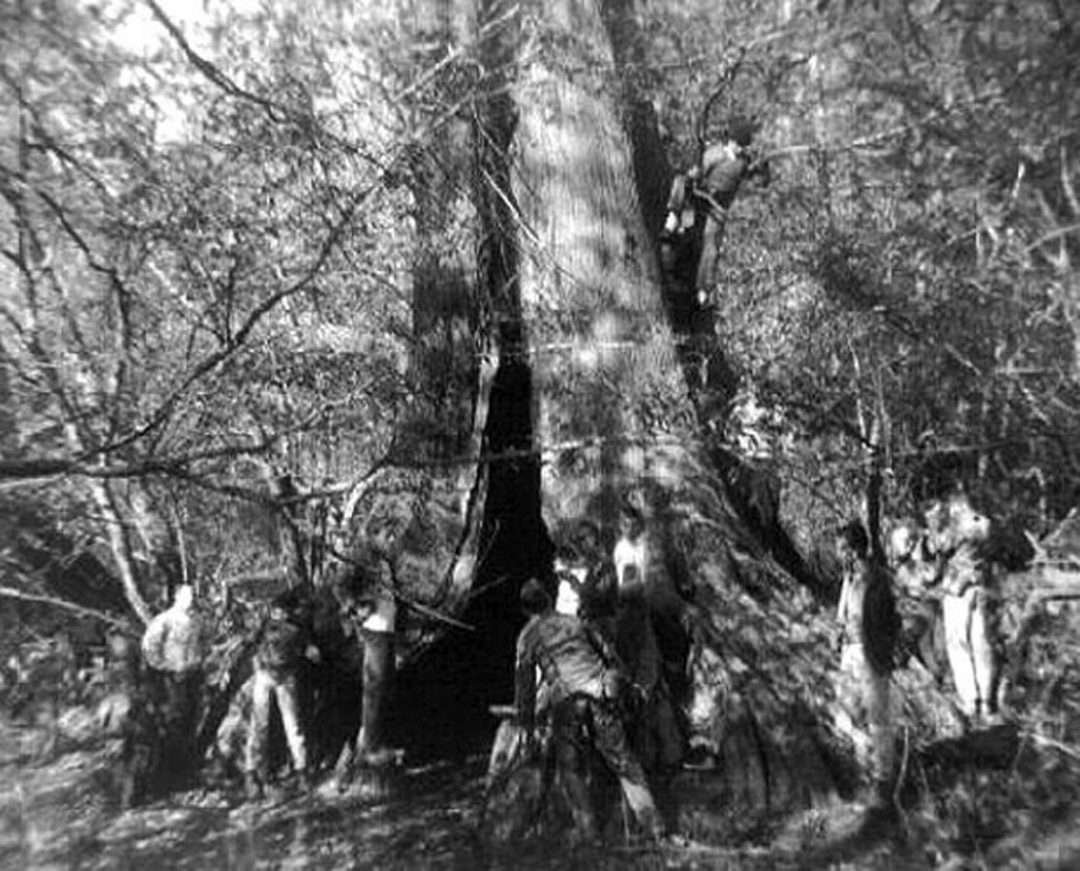 Once reportedly the oldest and largest tree east of the Rocky Mountains, this giant of a cypress sprouted out of the Obion River bottomland in West Tennessee some five hundred years before Columbus sailed for America.

The Big Cypress of Weakley County was found in 1949 and measured in 1950 by Division of Forestry employees in a remote and inaccessible swamp that remains flooded most of the year. It stood over 122 feet tall with circumference of 39.75 feet. They noted then that the top had been broken by storms but may once have been 140 feet tall.

The tree has been shrouded in mystery and legend for twenty-five years. Some people placed the tree in Obion County and others had it in neighboring Weakley County.

The cypress was featured in a 1954 American Forest article, where it was called the “Tennessee Titan.” American Forest listed it for many years as the “Reelfoot Lake Cypress,” although it stood some thirty miles southeast of that lake. Most people considered it simply the Big Cypress.

The old tree was hollow at the base with a cavity large enough to shelter four or five men. A man in the nearby town of Sharon once reportedly offered two thousand dollars for the butt log to make it into a service station, although no one took him up on the offer.

It reigned as the national champion baldcypress from 1950 until 1976, when it was struck by lightning and much of the original tree was consumed by fire. Locals reported that it burned for several weeks. In later years the Big Cypress State Park and Natural Area was created to honor and protect the tree, where only a remnant of the stump stands today.

The hollow base of the Big Cypress could hold four or five people.