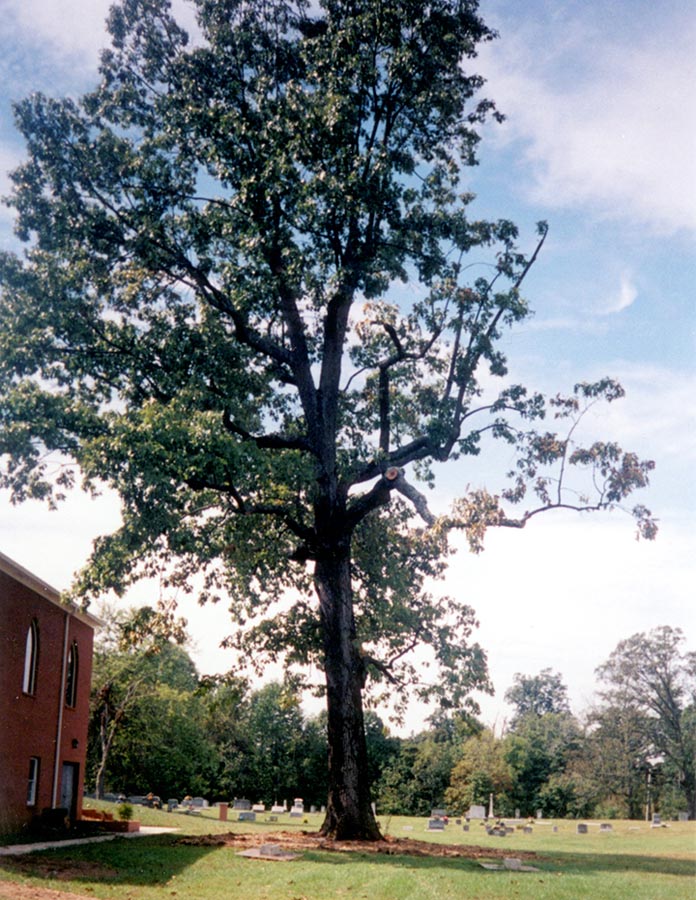 This large black oak was part of a parcel of land given by James Watts in 1844 for construction of the Battle Creek Baptist Church, named for the 1780 Indi an massacre of a group of white settlers on the nearby Battle Creek. The one surviving member of the group, a widow named Betty Jones (grandmother of James Watts), hid in the forest for four days before being rescued by a hunter and taken to safety at Eaton’s Station.

The church was organized in 1845 with some of the property utilized as a community cemetery. In 1872, Timothy Demonbreun (son of Jacques Timothy Demonbreun, the first white man to live in Nashville and establish a business), and his wife Mary donated an additional parcel of land for a school house and extra cemetery space. They requested that the land also be used for a Sabbath worship every month for the Methodists, Cumberland Presbyterians, and the Baptists in the community.

The property became a meeting place for several churches in the community over the years, and many wagons were tied to the large oak during church gatherings and picnics.