The chapter was the local planting partner for the project, conducted by Alliance for Community Trees. Nashville Public Works, Nashville Parks, and the Sheriff's Department were contributing sponsors.

Seventy-five volunteers planted cherry trees in North Nashville, which has one of the lowest tree canopy percentages in the city. Planters came from CSX, Tennessee State University, and Hands On Nashville. Pictures

West Tennessee holds its annual chapter and membership meeting Thursday, December 5, from 1-3pm in the Library at the Memphis Botanical Garden.

The group will present the 2014 budget and conduct elections for the four board of director vacancies for 2014–2015.

The role of the tree chief

City trees struggle to overcome shortage of space, sun, earth, water, air, and camaraderie. Couple these needs with substandard, negligent care to understand the decline of the urban tree canopy. Many cities divide the responsibility for the public trees between several departments (streets / engineering /sewers / gas / lights / parks / building). Each department has its own standards, agenda, competing operations, and budgets.

Pro-tree forces armed with the "new math" to verify the actual value of trees in the city can demand legislation setting up "tree departments." Consider trees as another important infrastructure, equally as vital to the well-functioning city. City governments should be competing to search for the most qualified professional "Tree Chief" to join the other departmental heads on a separate yet equal basis. The tree czar/czarina’s ultimate goal is to maximize the real and "priceless" value of the tree capital of every city. By perceiving trees as a resource the Chief’s ultimate goal is to maximize the quantifiable and "priceless" value of tree capital.

The first objective is to inventory the existing trees. Technical advances in aerial imaging/global positioning is prerequisite to on-the-ground verification to estimate and protect the net worth to formulate budgets, schedules, strategies for maintenance, care and planting. Full article

Tom Simpson was recently named Forester of the Year by the Tennessee Department of Agriculture Division of Forestry.

Simpson, East Tennessee regional urban forester, is honored for exemplifying the highest level of professionalism in serving the residents of Tennessee.

"The citizens of Tennessee are fortunate to have such a dedicated individual working to improve the sustainability and quality of our urban forests," state forester Jere Jeter said. "Tom's motivation to use his passion and talents above and beyond his scope of work is commendable."

"I couldn't design a job any better than this," Simpson said. "I feel great about the work we do and the services we provide to the public." 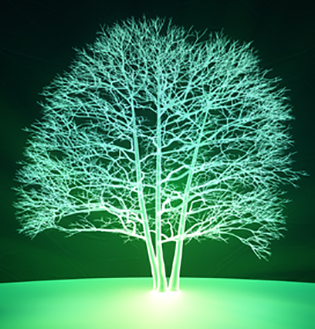 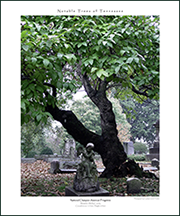 Get a limited-edition poster from the Notable Trees collection. The frame-ready posters are printed on high-quality paper. More