The 22nd annual Urban Forestry Conference is October 3-4 at University of Memphis Lambuth in Jackson. The theme is Urban Forestry: A Southern Story. The conference features speakers, panels, and workshops on urban forestry issues for arborists, foresters, landscapers, master gardeners, and tree lovers.

You can help TUFC by donating items for the silent auction during the conference. You can donate everything from tree-related books and other items to small plants and pots, tools, t-shirts, and nature art. Contact Lydia Wiggins to arrange the exchange.

The 14th annual Tennessee Tree Climbing Championship closes out conference weekend with all-day competition October 5 at University of Memphis Lambuth. The annual statewide competition conducted since 1999 promotes professionalism and safety. Contestants compete in five preliminary events and the Master's Challenge for the state title, which includes a berth in the ISA Southern Tree Competition. Register

Crockett Spring Park in Rogersville and Station Park Arboretum in Ridgetop have been certified as a Level 1 arboreta. Owned by the Rogersville Heritage Association, Crockett Spring is located in Tennessee's second oldest town on the site of Rogers Tavern, which was formerly owned by Davy Crockett's grandparents. Ridgetop Station Park is in a city park with playgrounds, picnic facilities and a museum. TUFC arboreta 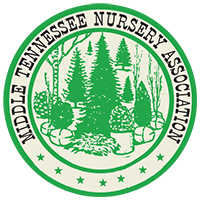 The 2013 Middle Tennessee Nursery Association trade show is August 21-22 in Murfreesboro. August 22 is education day with six commercial pesticide applicator recertification points available for Tennessee categories 3, 10, and 12 and one point for category 5. More 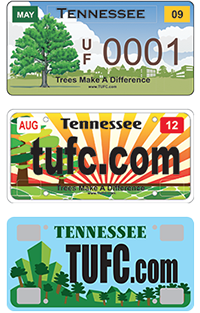 Donate $135 to TUFC and choose one of three aluminum license plates for your front bumper to show your support of the Council.

Being
a good leader

I have been doing a lot of thinking lately about leadership and what it takes to be a good leader. When you ask people, “What makes a good leader,” you will normally get responses such as trustworthy, loyal, kind and honest. I agree that these things all make up a good leader; however I think that good leaders are often not “liked” very much. A leader may be respected by their colleagues but can you say you really like the person? As a leader does it matter? Perhaps in trying to be a leader are you doing some things that might be turning people off and inhibiting maximum performance?

There are also different aspects of being a leader: Are you the boss leading employees or are you part of a group or organization that relies heavily on volunteers to be successful?

I think either way it is important to do the following:

Leadership is definitely not for everyone, and this quickly becomes evident when leaders make bad decisions or lose sight of the organization's goals. When you don’t know what you stand for, it becomes more difficult to make good decisions. Much like falling into the trap of corporate politics, when you “feel in your gut” that you have lost touch with your core values and believe they no longer align with your organization, you begin to make bad decisions.

Clarity of purpose allows you to make decisions that are true and consistent with the mission at hand. When purpose becomes disrupted, you lose touch with your instincts and begin to make decisions without the right dependencies and resources you need to make sound decisions.

In a nutshell, as leaders don’t let your decision making capabilities erode because you have allowed yourself to lose touch with your values. Remember our mission through TUFC is “Promoting healthy and sustainable urban and community forests in Tennessee.”

I feel that one of the biggest benefits of being a member of TUFC is the opportunity to network with like-minded people. The people I have met through the Council and now work with on various programs are invaluable. By becoming a member of TUFC it says that “you are a professional in your field and you do the best to stay on top of the most recent research, recommendations and practices.”

Great talents are the most lovely and often the most dangerous fruits on the tree of humanity. They hang upon the most slender twigs that are easily snapped off. –Carl Jung

When I stand before God at the end of my life, I would hope that I would not have a single bit of talent left, and I could say, “I used everything you gave me.” –Erma Bombeck