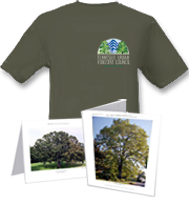 TUFC conference is Sept. 29–30 in Nashville

Save the date for TUFC's 20th annual conference, set for September 28–29 at Ellington Agricultural Center in Nashville.

The Tree Climbing Championship will also be at Ellington on October 1.

Watch for more information at TUFC.com and the conference website, urbanforestryconference.org.

The City of Cleveland, home of TUFC's tree board of the year, hosted the state Arbor Day celebration March 4.

State urban forester Bruce Webster presented Cleveland with its 19th Tree City USA designation as well as a Treeline USA and a Tree Campus USA award. Cleveland is the only city in the state to achieve all three Arbor Day Foundation awards.

The award honors Barge for her tireless support of the urban forest. 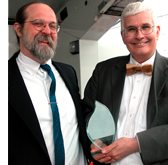 Webster was honored for his 38 years as a forester, including the past 25 with the state of Tennessee. "Bruce has been the go-to guy for grants, shepherding thousands of dollars to communities across the state for tree projects," said Trees Nashville president Chris Armour. "He's a member of the Metro Tree Advisory Committee, and sits on the Trees Nashville advisory board. And he's one of the founders of Tennessee Urban Forestry Council, which is celebrating its 20th anniversary this year," he said.

Trees Nashville is one of TUFC's two local chapters. 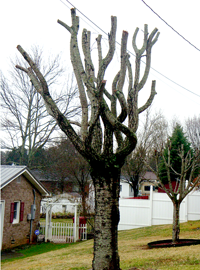 "This weeping cheery really has something to weep about," Aaron said.

Here's your chance to recognize the people and groups who make urban forestry possible in Tennessee.

Nominations for TUFC's Urban Forestry Awards of Excellence are due May 31.

TUFC presents awards for outstanding leadership, education efforts, or activities that have made a significant contribution to establishing and maintaining viable community forests in Tennessee.